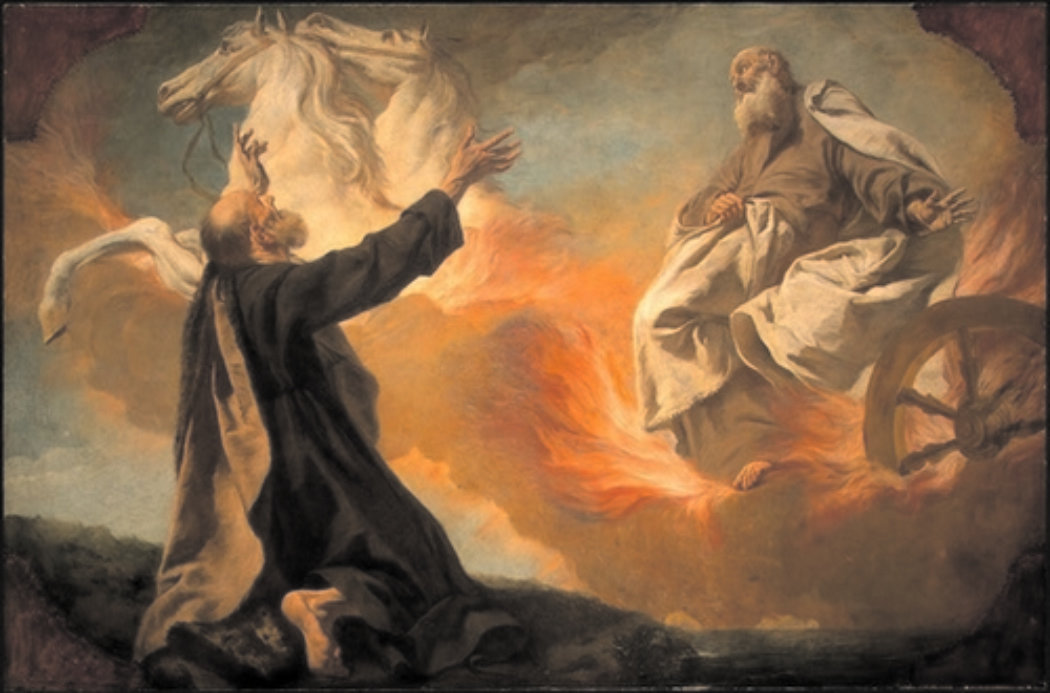 One thing I really look forward to when I get to heaven:  I want to talk to those OT prophets who brought forth the harder word of the Lord to find out what was going on inside their hearts and minds when they were commissioned by Father God to bring such fiery and scathing indictments against sin and disobedience, whether on a grand scale, or in a 'one on one' situation...like when Nathan confronted David, and said, "Thou art the man". 2 Samuel 12:7.   What was motivating Nathan, as he reproved David for his sin?  Was it malice, hatred, meanspiritedness?

What was the driving force in Isaiah to prophesy  when he had to obey this command from the Lord:

1. Cry aloud, spare not, lift up thy voice like a trumpet, and shew my people their transgression, and the house of Jacob their sins. Isaiah 58:1

When Isaiah obeyed the Lord to bring the hard word of the Lord, was he motivated by hatred, anger, animosity?

And how about Jeremiah?  He certainly had a good reason to be filled with anger and hatred.  He was cast into a dungeon for his prophecies.  Did the tenor of his words so opposite to what the popular prophets of his day were prophesying  imply  that he was a man prophesying out of a heart of hatred?  Was that "fire shut up in his bones", a churning of venom?

Too many examples of the stern word of the Lord against kings and nations in the OT to cite them all.  Not very tolerant at all.  Does the lack of tolerance give indication these "holy men of God", as the scripture calls them, were men of contemptuous hatred?  Or was God possibly more careful in His choosing of the men who would be the vessels chosen  to pen "holy writ".

Let's jump to the NT.  I would love to ask John what he felt was motivating him when he said to the Pharisees and Sadducees, " , O generation of vipers, who hath warned you to flee from the wrath to come?" Matthew 3:7b .  John the Baptist, used these very offensive words!  This one who was chosen to be the fore-runner to Jesus Christ, and compared to the Prophet Elijah.   Did  God, who is Love, commission a man full of hatred to uncover the essence of the nature of those Pharisees and Sadducees?

Ezekiel gives a little clearer indication of what was going on in his own spirit before he gave the word of the Lord.  He admits that he was angry, and in Ezekiel 3:14, he confesses he went "in bitterness, in the heat of my spirit" to those at the River Chebar, a people to which he was commissioned to go prophesy the word of the Lord.  But, what happened?  God let him sit in silence for  7 days, and see the conditions before he allowed him to open his mouth.  He brought him to a place of less irritation, and deeper understanding.

And THEN what??? He STILL had a hard word of the Lord for them!  He had to prophesy to them that they were a people full of rebellion.  Seeing and understanding their condition was not so he would soft-pedal the word of the Lord.  In fact, God was even going to withhold the word from them because they were so set in their rebellion against Him, but eventually, it did get released.  (Read full chapter 3 to understand.)

We are living in a time of great assumption that tolerance and love are synonymous.  Any seriousness of demeanor, any stern word of the Lord, any thing that cuts to the heart of the matter is automatically to be judged as lacking in "love".   Perhaps it is not about whether or not we love.  Perhaps it's about whom we love THE MOST.  I think that's what the OT prophets will tell me.... they loved God enough to obey Him rather than to fear man, and they did so at the peril of their own lives at times.

On this lower plain, we often are  hearing with uncircumcised ears.  We hear and judge by what soothes and pleases the tender soulish nature of man and mankind.  I have had enough arrows shot into my soul, enough drawn swords cut me to the quick to know I don't like it, and it doesn't feel good at all.  But, I've also learned that when I am quick to react to a word, quick to be offended by a word, that is probably the very word I need to hear the most.  It's a word that's dividing soul from spirit.

For the word of God is quick, and powerful, and sharper than any twoedged sword, piercing even to the dividing asunder of soul and spirit, and of the joints and marrow, and is a discerner of the thoughts and intents of the heart.  Hebrews 4:12

I am struck by the different tone used throughout the scriptures in dealing with "one on one" situations, as compared to prophetic words or teachings and preachings to the masses.  There is a much greater degree of graciousness in "one on one" words than in general words.  That is because in general  ministry of the Word (in whatever form it takes) , issues are being addresses, while in "one on one" situations, hearts entangled with sin  are being addressed, and the dynamics change.

Jesus very plainly told his disciples that when the Holy Ghost would come, the Comforter, He would reprove the world of sin.
8 And when he is come, he will reprove the world of sin, and of righteousness, and of judgment:  John 16:8
The Spirit at times moves through very flawed human vessels to do this.  It is the work of the Spirit of God.  Some vessels He uses may be pure of any personal "gunk" clogging up the pipes.  And then there are times when He uses someone like Ezekiel before his transformation, someone who is operating out of the heat and bitterness of their own spirit .  They probably had a true word, but didn't allow the Lord time to work a deeper work of understanding into their hearts which would have caused the word to be seasoned with grace.  But who among us is not still a "work in progress" when it comes to the work of the Lord in our lives?

For me personally, I know God is heavily dealing with my own 'Reactor Factor'!!!  In my own relationship with the Lord, and desire to please Him, what's it all about ?  Why am I so affected by how others minister, or what they think about how I minister?   Do you have something to say to me that I need to hear?

Heavenly Father, in Jesus Name, please give  me ears to hear.  Amen and Amen.

Always in the Love of Jesus, 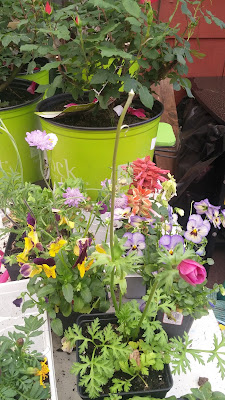 GRACE IS A TEACHER

DISCLAIMER!!!  People balk at the word "religion" or "religious".   But, when you read it in this article, please be gracious and apply words of the Apostle James, especially when the word is used in a positive way.  I am not intent on advancing any religious system, or set rules and regulations or  denominational bent in particular.
27 Pure religion and undefiled before God and the Father is this, To visit the fatherless and widows in their affliction, and to keep himself unspotted from the world.  James 1:27

This morning as I was reading, my eyes came upon a portion of scripture that opened up my understanding to the grace of God in a fresh way! The grace of God is a teacher!!! Who knew???
11 For the grace of God that bringeth salvation hath appeared to all men,12 Teaching us that, denying ungodliness and worldly lusts, we should live soberly, righteously, and godly, in this present world;13 Looking for that blessed hope, and the glorious appearing of the great… 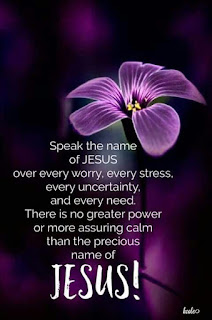 Giving Glory to the Name of Jesus

The power in the Name of Jesus must be highly honored in a day when it's being disrespected and challenged.  Since this is something the Lord spoke into my heart I must give heed to in producing the Herald of His Kingdom website, I have given myself to some meditation upon the subject.

As one who spent some years in the midst of a people who were highly attentive to the Name of the Lord, and its awesome power and greatness this has been a subject of delight to my soul.   I feel I am rooted and grounded and well established in doctrine that tells me there is no name higher than the Name of Jesus.  It's the only Name whereby we must be saved.   It's the Name that causes lame men to walk, and demons to flee.  It is the Name that when exalted, the Father is glorified!

9 Wherefore God also hath highly exalted him, and given him a name which is above every name: 10 That at the name of Jesus every knee should bow, of things in heaven, and things in earth, and things under the…